This simple black marble platform marks the spot where Mahatma Gandhi was cremated following his assassination in 1948: 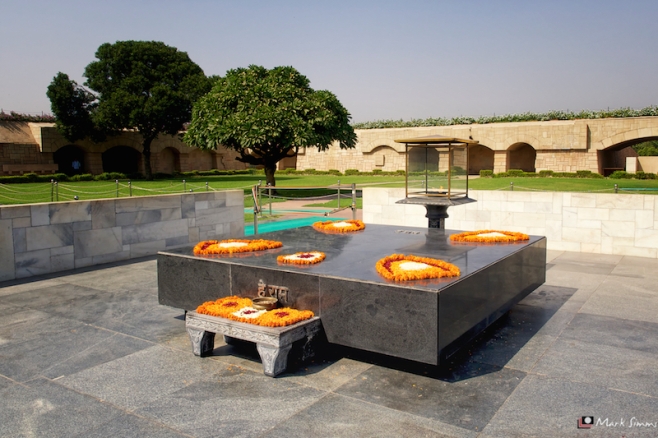 Largely constructed of red sandstone, Delhi’s Lal Qila (Red Fort) was built between 1639 and 1648 by the same Mughal Emperor, Shah Jahan, responsible for the Jama Masjid, Old Delhi and the Taj Mahal.

In the west, a fort is purely military in nature, but in India the word “fort” refers to a fortified palace. These were as much opulent residences for the ruling classes and centres of government/justice, as they were military structures. They were very much symbols of wealth and power on which no expense was spared…….and the Mughal Emperors were fabulously wealthy. 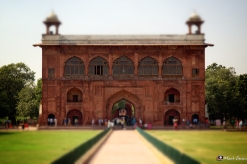 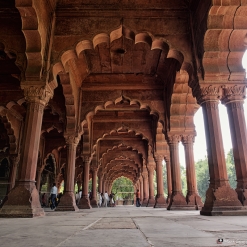 I don’t mind admitting that I struggled a bit with photographing Delhi’s Red Fort…..it’s a sprawling site with no real stand-out focal point. Also it was hot and humid under the harsh mid-day Indian sun and my energy levels were dipping a little.

Shah Jahan, the Mughal Emperor from 1628 to 1658 responsible for building the Jama Masjid in my previous post, was also the ruler responsible for founding the great city of Shahjahanabad, now known as Old Delhi.

The labyrinthine narrow streets and alleyways of Old Delhi are chaotic, crowded, colourful and claustrophobic…….it is an experience not to be missed.

We took the opportunity of trying some of India’s famous street food – paratha (a deep-fried bread with potato, lime and spices) and jalebis (spiral-shaped dough fried in ghee and soaked in sugar-syrup). Both were absolutely delicious and we didn’t have any unwelcome after-effects….;0).

If you’ve been following my blog you’ll know that Liz and I recently visited Northern India for a short tour of Delhi, Agra, Ranthambhore, Ramathra and Jaipur. Well we are now back and I’m ready to start sharing some of the 1200 photographs that I captured.

I’m planning a series of posts over the next few weeks/months to document the trip – largely these will follow the chronological order of the tour, although I do have a couple of themed posts in mind as well.

First up is the magnificent red sandstone and white marble Jama Masjid or “Friday Mosque” in Old Delhi. Built by Shah Jahan (the Mughal Emperor of Taj Mahal fame) between 1644 and 1658, it is the largest mosque in India with an open courtyard capable of holding 25,000 devotees. 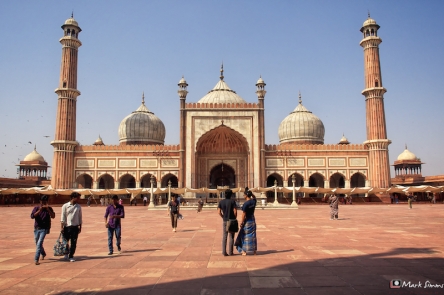 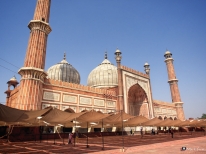 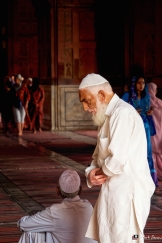 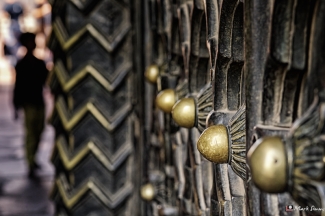 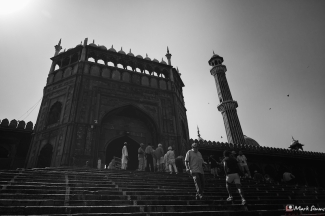