Tre’r Ceiri hillfort stands 450 metres above sea-level on an exposed peak of Yr Eifl on the Llŷn Peninsula in Gwynedd. 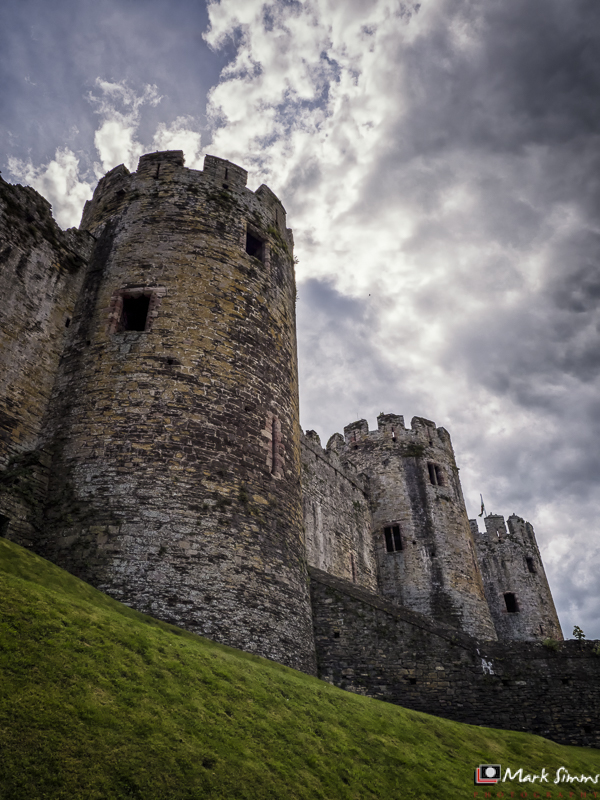 An alternative view of Conwy Castle looking along the foot suspension bridge which was added much later:

A view from the harbour of Edward I’s mighty fortress at Conwy in North Wales built between 1283 and 1287:

As I mentioned in my last post, we spent New Years Eve in Portmeirion.

Designed and built by the architect Sir Clough Williams-Ellis between 1925 and 1976, Portmeirion is an out of time and place Mediterranean style village on the estuary of the River Dwyryd in Gwynedd, North Wales.

When Williams-Ellis acquired the site for £20,000 in 1925, he immediately changed the name from Aber Iâ (Glacial Estuary) to Portmeirion: Port because of the coastal location and Meirion after county Merioneth in which the site lies. From the outset it appears that he already had a well-defined vision of what he wanted to build, because in January of 1926 an article appeared in The Architects Journal with photographs of scale models and preliminary designs prepared by Williams-Ellis to impress potential investors.

Portmeirion was eventually built-in two stages: from 1925 to 1939 and from 1954 to 1976, the interruption due to the Second World War and the austerity of the immediate post war years. It is a curious mix of buildings and design, part inspired by the Arts & Craft movement and part Neo-classical. Several buildings were in fact salvaged from demolition sites around Europe, giving rise to Williams-Ellis’ description of the place as “a home for fallen buildings”.

Portmeirion has been owned by a charitable trust for a number of years now and has become one of the top tourist attractions in North Wales: welcoming day-trippers, hotel guests, self-caterers and wedding parties throughout the year. The village has also been used as the location in a number of films and television series, most notably The Prisoner, a surreal spy drama from the late 1960’s which has become something of a cult classic. I think I’ve only ever seen one episode of The Prisoner, and personally I can’t see what all the fuss is about. However fans continue to visit Portmeirion to this day, as many of the locations are virtually unchanged after 40 years and the building that was used as the lead character’s home in the series currently operates as a Prisoner-themed souvenir shop.

Below are a few shots of this unusual, fascinating and above all enchanting village: 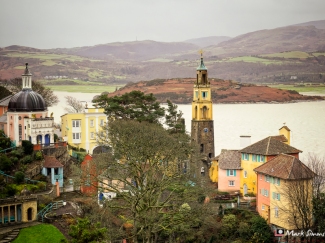 We did something different this New Years Eve by celebrating with good friends (“The Smiffs”) at a black-tie gala dinner at Portmeirion in North Wales. Not the greatest firework shots you’ll ever see, but it was a boozy do and I was taking these handheld……..;0)

Wishing you all the best for 2016……happy snapping!