A few shots from inside the Baptistry in Pisa: 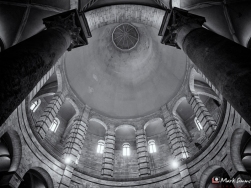 A shot of the Duomo in Pisa with the top of the Leaning Tower just showing over the Cathedrals right shoulder……taken from the upper level of the Baptistry:

Following on from my previous post which introduced the Piazza dei Miracoli in Pisa, below are a couple of shots of the Baptistry. Construction of this part Romanesque and part Gothic building began in 1152, but it wasn’t finally completed till the 14th century after various additions and remodelling. I don’t know about you but it reminds me of a Papal Tiara to look at:

In my last post I promised you some shots of the interior of St Magnus’ Cathedral, well here you go… 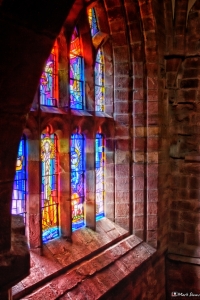 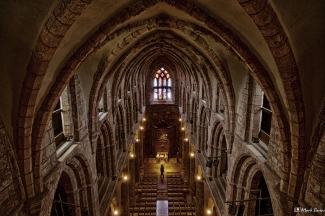 It really is a beautiful Cathedral, very warm and welcoming with lots of interesting details. If you get an opportunity to visit then I highly recommend that you take the tour, as you get to see the upper levels of the Cathedral and the guides are extremely knowledgeable. Liz and I are really looking forward to re-visiting at Christmas this year and we can’t wait to see the lovely red sandstone walls be-decked with festive decorations and sparkly lights.

Just a quick note on the post-processing – I’ve used some of these interior shots to experiment with the detail extractor and tonal contrasts in Nik’s Colour Efex Pro 4. I’m really pleased with the results, but I would of course welcome your feedback.

St Magnus Cathedral, known as “The Light in the North”, was founded in the year 1137 by Earl Rognvald-Kali. Rognvald was the nephew of Earl Magnus after whom the Cathedral is dedicated. Magnus was treacherously murdered by Haakon Paulson, his cousin and rival for the Norse Earldom of Orkney, as the two met on the island of Egilsay to discuss peace terms in 1116. In the 1120’s Rognveld fought a bitter struggle against Haakon’s son to win the Earldom for himself, and he promised to build a great stone church in the memory of his martyred uncle if he were successful. Both Magnus and Rognvald were made saints and their remains lie within the stonework of the Cathedral’s choir.

Built in both the Norman and early Gothic styles, the Cathedral is similar in design (though smaller in scale) to the magnificent Cathedral at Durham in the north-east of England. The similarities between the two aren’t that surprising when you consider that a number of the craftsmen and master builders employed at Durham also worked on St Magnus’ Cathedral. 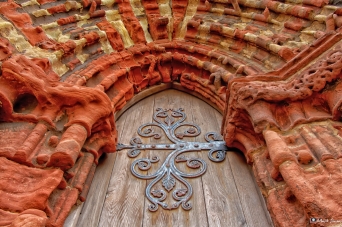 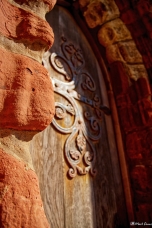 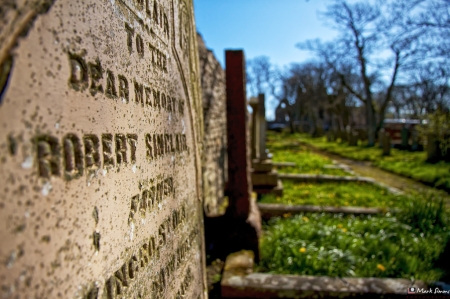 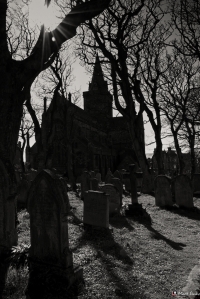 As you might have guessed from the title of this post, I’m planning to share a second series of images dealing with the Cathedral’s beautiful interior…..so please watch out for that in the next few days.