Built by Maximilian II (King of Bavaria from 1848 to 1864) in a neo-Gothic style on top of existing 12th century foundations, Schloss Hohenschwangau is a fantastic homely castle in a stunning location.

Maximilian’s infamous son, Ludwig II (who became known as the Fairy-tale King because of his obsession with chivalric medieval myths and legends, at the expense of his governmental duties) grew-up here and later spent many summers until his death in 1886. 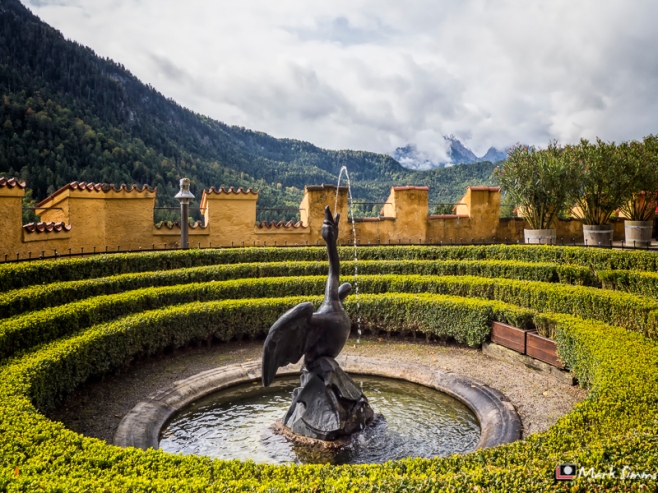