Whilst we were in London last November we found time to spend a few hours at the magnificent British Museum. Here are a few shots from our visit, starting with a rather foreboding monochrome image of the neo-classical entrance: 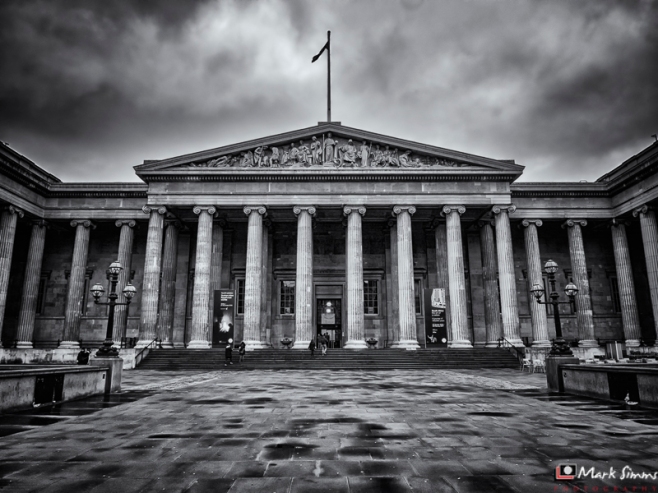 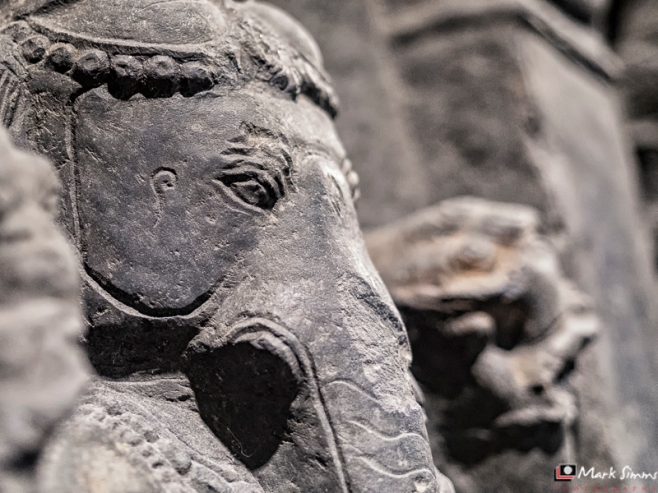 Large stone sculptures were a striking feature of the palaces and temples of ancient Assyria (modern northern Iraq). An entrance to the royal palace of King Ashurnasirpal II (883-859 BC) at Nimrud was flanked by two colossal winged human-headed lions:

The three shots below are from a set of stunning sculpted reliefs illustrating the lion-hunting exploits of the last great Assyrian king, Ashurbanipal (668-631 BC) that were created for his palace at Nineveh. In ancient Assyria, lion-hunting was considered the sport of kings, symbolic of the ruling monarch’s duty to protect and fight for his people. These hunt scenes, which are remarkable in their realism and detail, rank among the finest achievements of Assyrian Art:

The Mildenhall treasure is one of the most important collections of silver tableware from the late Roman Empire. The hoard, found in 1942 by ploughman Gordon Butcher whilst working in a field near the village of Mildenhall in Suffolk in the UK, consists of 34 pieces weighing a hefty 56 lbs. The shot below is from the centre of the Great Dish and depicts the worship of Bacchus, the Greco-Roman God of wine and ecstasy:

Below are three shots from the central courtyard of the museum, now enclosed by one of the most mesmerizing modern roof structures I think I’ve ever seen:

8 Responses to “The British Museum”