Seeing the Taj Mahal was one of the main reasons we wanted to go to India. Yes it’s one of the most famous, written-about, photographed, televised buildings in the world and as such it’s familiar to us all, but that’s not the same as seeing it for yourself……and oh boy does it live up to the hype.

Built by the 5th Mughal Emperor Shah Jahan, as a memorial to his beloved wife Mumtaz Mahal (after she died aged 39 giving birth to their 14th child whilst on military campaign) the Taj Mahal is possibly the greatest monument to lost-love the world has ever seen. So grief-stricken was the Emperor that he went into mourning for two whole years, neglecting the business of state and dedicating himself entirely to the construction of this magnificent mausoleum. I just hope my own beloved wife doesn’t get any ideas…..;0).

I took more shots of the Taj Mahal than any other place we visited in India. As a result I want to take my time with the Taj and have therefore planned a number of posts so that I can share them properly. The three below are just for starters and give you a glimpse of what’s to come: 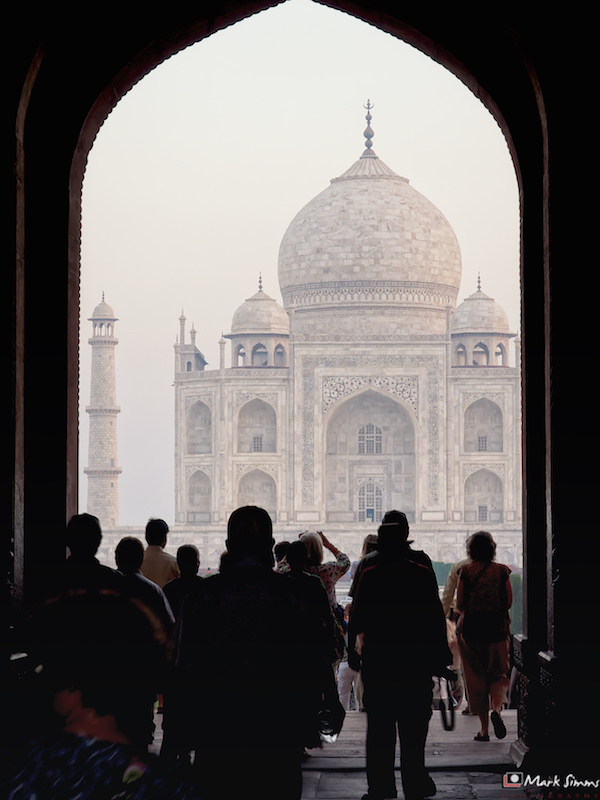